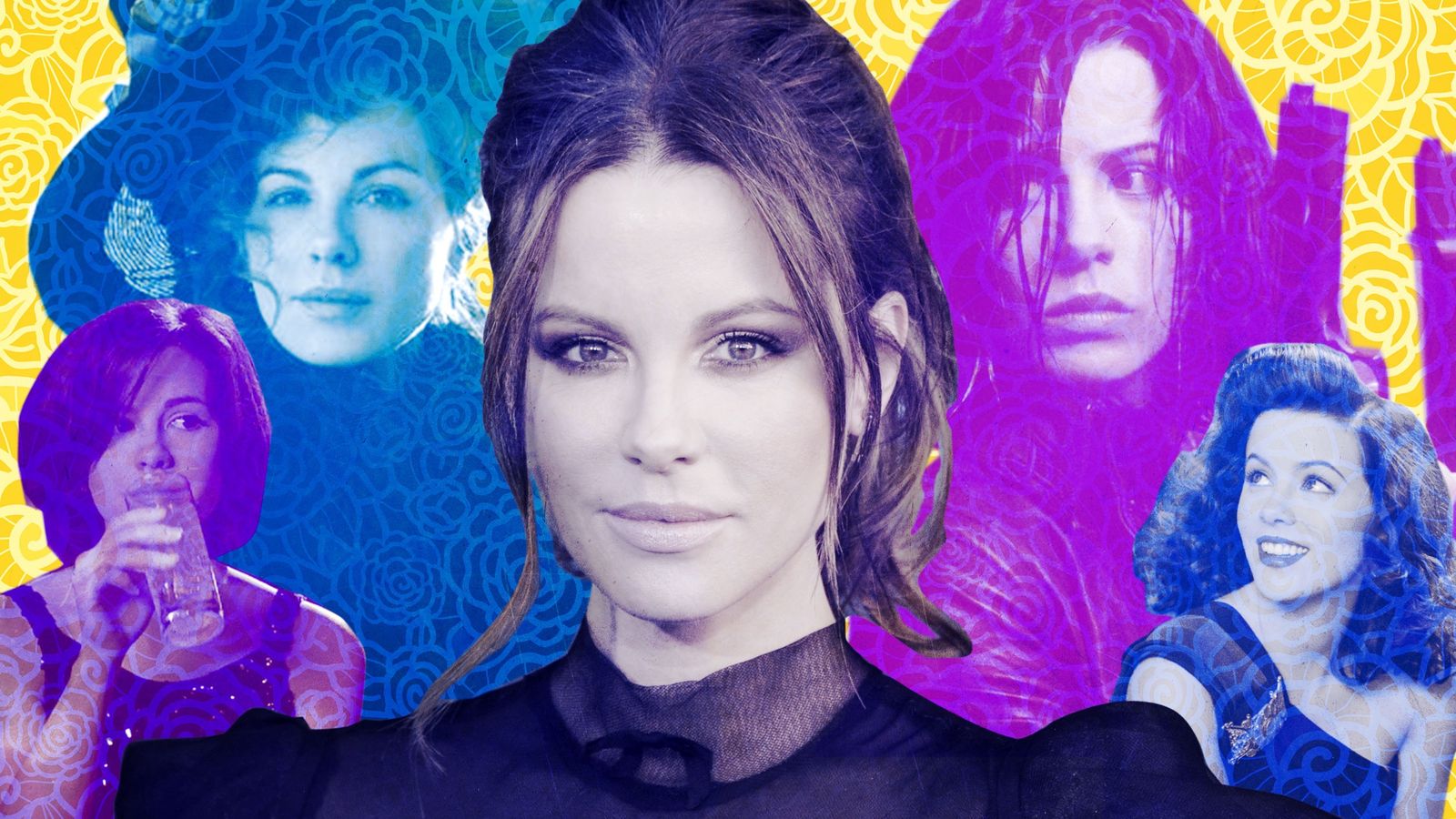 Article taken from The Ringer.

A funny habit among the reporters who interview Kate Beckinsale is asking her why her career is so weird. Here an Underworld, there a Jane Austen adaptation, here a tiny indie, there an Underworld again. (The franchise’s fifth installment, Underworld: Blood Wars, opens Friday.) That’s the career arc of nearly every successful actress working today, but only Beckinsale seems to have made an art of it.

“In terms of movies,” she recently told Crave, “I’m not really a snob. I think there’s room of all kinds of movies, and really you’re getting different things out of going to see a popcorn action movie than you are as when you see a Tolstoy adaptation.”

Underworld: Blood Wars is not a Tolstoy adaptation. In the 13-year-old franchise, she plays the pale, leather-clad vampire Selene, who stalks the constant night of these films fighting werewolves, vampire elders, and ghouls seemingly as old as Adam and Eve. It’s a series that seemingly can’t survive without her: She’s the star of four of the five, each of which has done well for Sony imprint Screen Gems. And yet, like many of the movies in her strange career, which has hopped rapidly and virtuosically from satire and intellectual fodder (Emma, The Last Days of Disco) to some of the lowest popular trash Hollywood has to offer (Van Helsing), the Underworld films feel like they could just as well star someone else.

Beckinsale is one of the very few women in Hollywood to be at the center of a successful action-fantasy franchise, let alone one based on an original IP (the series was created by Beckinsale’s ex-husband, Len Wiseman, who directed the first two movies). For those who’ve followed her career, it isn’t surprising that her true talents lay elsewhere. (“It’s just odd that thing that you become most associated with is actually the biggest stretch for you and is the thing that is probably the least effortless,” she told Collider.) The real shocker is that after more than 20 years in movies, many of them popular, and without any real gaps in her career, the 43-year-old actress isn’t a bigger star. Beckinsale isn’t the source of much gossip or speculation; hers isn’t a name you hear tossed around when it comes to the casting of high-profile roles. In the current Oscar conversation about Best Actress, after a year in which Beckinsale gave what was considered by many one of the season’s best performances (in Whit Stillman’s popular Love & Friendship), she is still generating no noise.

What exactly does Kate Beckinsale have to do to get noticed around here?

“I have to say, ever since I was very young, I’ve always been attracted to, in England, what we call Marmite characters,” she said in her Collider interview. “Marmite is this fairly disgusting vegetable-based spread that you put on toast. You either really love it or you really hate it, so it’s like polarizing characters.”

Beckinsale’s best roles emphasize this lack of likability. Her peculiar talent is an uncanny ability to seem like she’s all surface, no depth. At least, that’s what we’ve seen when certain directors let her take that idea and run with it. Hence the miracle of her collaboration with Stillman, whose The Last Days of Disco(1998) gave Beckinsale her first seriously great role, and whose more recent Love & Friendship is a comparably rich, virtuosic turn almost 20 years later. Beckinsale is a presence who seems most alive when a director doesn’t take her intelligence for granted — which is rare.

My theory is that Beckinsale is very much a director’s actor. Her worst collaborators wield her look, style, and persona as if she’s merely quiet, subtle, and pretty. She’s absolutely these things — but her best collaborators see those qualities as cool, not warm. Her A-game roles are sensitive, but bitchy. You could read Charlotte, from Disco, as absentmindedly mean. Beckinsale does one better, rendering Charlotte’s seemingly automatic sharpness into purposeful wit. Compare this with Beckinsale’s first big movie, Pearl Harbor (2001), which has the psychological complexity of a chicken nugget; it’s not her lane. The Michael Bay spectacle is grandly old-fashioned in its style and its characters, putting pressure on Beckinsale, the quietly virtuous, photogenic love interest of two up-and-coming leading men, to be the emotional center of the movie. Her job is to give their heroism context. Bay’s direction is technically accomplished but relatively empty. He understands the idea of his actors — he knows a promising set of cheekbones when he sees it — but he doesn’t quite understand how to milk the richness of their styles and personalities. Beckinsale has the tough, melodramatic task of falling in love with two men who are practically brothers, then coming off totally unbesmirched in the end. She has to be a blank slate: likable, pure of motive, and capable of meaning everything to two very different heroes.

And she has to be a hero in her own right. The best scenes in Pearl Harborall come during the tragic, drawn-out attack itself, about two-thirds into the movie, when it’s left to history to sort everyone and everything out. Beckinsale’s character, Nurse Lieutenant Evelyn Johnson, doesn’t really get to reveal her steel-like backbone until then, and when she does, the movie shows her hopping immediately to action to save and protect the hundreds of soldiers streaming into her hospital wing, burned and barely alive. These scenes are shot with foggy, distorted images that heighten our sense of the trauma — but take away the unsexy mess of burned soldiers, and what you get is a Michael Bay version of Wayne’s World’s “Dream Weaver” (“She’s a babe!”).

There’s a tendency toward blankness in Beckinsale’s roles. Pearl Harbor was probably the height of it, with the Underworld films, which started being released in 2003, picking up the slack. But even her more serious dramatic roles don’t seem specific to her as an actress. They fit the way she looks, but not what she’s capable of. Beckinsale has in fact been the star of most of her movies; it’s rare for her to be an outright supporting character, as she was in 2004’s The Aviator, in which she played Ava Gardner. Actually, that was one of her best performances. Period-wise and stylistically, it’s what she was being asked to give in Pearl Harbor, except that Martin Scorsese understands that Beckinsale can be remarkably sensuous. Bay’s camera is most alive when it’s following the long arc of a Japanese bomb, while Scorsese’s excels when trained on the faces and inner lives of his stars. He’s a director whose characters are deliberately not bland, because he knows that the strange urgency of his films comes from allowing stars to be stars, giving them space, and putting their personas to work. Beckinsale’s turn in The Aviator was almost unexpected — not because it was a surprise that she pulled it off, but because while many directors have doled out her sex appeal over the years, few actually figured out how to give it life.

That same appeal is there, but cooler, in The Last Days of Disco, which I’d consider her breakthrough movie. Stillman makes movies about well-off social milieus; Disco is about New York yuppies in the ’80s for whom disco is less an urgent, politicized lifestyle than a status ritual for white kids. “One of the things I’ve noticed is that people hate being criticized,” Beckinsale’s Charlotte says, and then spends most of the movie quietly, furiously antagonizing her best friend Alice and giving her bad romantic advice. Charlotte tears people to shreds with what would seem to be perfect innocence, or even an obliviousness — at one point, in front of a crowd of friends at the disco, she asks Alice whether she’s come down with herpes — that masks her inner cruelty. The performance is a classic Beckinsale trick: a character whose meanness has seemingly no psychological recourse, but is too smart and sharp to not be the product of a keen social intelligence. That’s what characterizes her work in Love & Friendship, too. She plays Lady Susan Vernon, whose machinations are so well-founded and wily that the other characters — particularly the women — stand around stunned after she leaves a scene, as if unsure of what just happened. “You think she’s a genius?” one character asks another. “Diabolically so,” is the reply. “Like the serpent in Eden’s Garden.”

The movie talks her up like she’s Colonel Kurtz. It’s Beckinsale’s job to live up to it — and she relishes the chance. “I’m done submitting my will to the caprices of others,” her Lady Susan says, and she spends the entire movie acting that out. Susan isn’t merely unlikable. For Beckinsale, abetted by Whitman and Jane Austen’s source material, she’s a figure of self-liberation. “The longer I researched it and sat with it and really imagined being a woman in that time period,” she said about the role, “where the oppressiveness of your security and your financial future being completely out of your hands aside from marriage … if you are a woman who is intelligent, bright, ambitious and smart, you were really hemmed in by that. Lady Susan is finding a way to go, ‘OK, I get that this is the situation.’”

It’s a remarkable performance — not least for being wordy, and for constantly translating that language to dramatic action and ideas. The characters talk and talk — Lady Susan is constantly negotiating, explaining herself, and backing out of corners with fearsome displays of words. But Beckinsale manages, nevertheless, to give us a character who is both everything and nothing, whose motivations and instincts (for money and social survival) are remarkably clear, but whose moral axis and rich inner life are purposefully obscured. It’s the kind of performance you dream of for a major actor — one that seems to perfectly encapsulate everything she’s good at.